Showing posts from 2015
Show all

After 3 years, 3 exams, and an excessive amount of study I have achieved the Microsoft Certified Solutions Developer - Web Applications certification. I realise that many people don't put a huge amount of emphasis on exams, valuing real world experience instead. But I have found that what I learned studying for these exams has been extremely valuable to my profession, helping me make more informed decisions in my day to day work. There is no substitute for real world experience, but real world experience leaves a lot of gaps and doesn't always teach the best habits. The exams have enabled me to fill in these gaps and develop a real technical proficiency which I may not have had without them. Update:  Born to Learn just posted this blog talking about a recent study which found 4 advantages certified staff have over non-certified staff, there are some interesting findings! https://borntolearn.mslearn.net/b/weblog/archive/2016/01/25/four-solid-reasons-to-hire-certi
Read more

Amazing Things You Can Do With Azure Storage Queues

October 27, 2015
Load Balancing and Workload distribution Queues can be used to organise the distribution of a workload across multiple processors. A common technique is to post messages to a queue which are a key to a task which needs to be performed, and have multiple worker processes pick these tasks from the queue to perform in parallel. This can be combined with other storage mechanisms to perform complex tasks. Say you were trying to render an animation. The queue could be loaded with keys, which point to an entity in Table storage. This entity could contain the Url of an image stored in blob storage. A worker process would pick up the message from the queue, reference the entity from the table and download the image from blob storage. It could then perform compute intensive tasks on the image while other worker processes picked up other images. In this way, cloud storage can be used to augment worker roles and perform powerful parallel operations. Asynchronous Processing and Tempora
Read more

NuGet Like a Boss: Part 1 - Don't Check in Packages

August 20, 2015
After suffering like many with so many Package Restore woes in my projects I decided to make notes on the best way to deal with Nuget packages. Ignore the packages folder Not doing this means you check in the packages which are huge. This is annoying and kind of defeats the purpose of Nuget. When you ignore (and therefore don't check in) your packages folder, anyone getting your source code can run package restore on the solution and Nuget will download the packages automatically. How? First, add a file named .tfignore . This may require some Command prompt renaming as some set ups don't like files beginning with a dot. When you get past this annoyance, open the file in notepad and enter the following: \packages That tells TFS to ignore the packages folder. For some bizarre reason, this doesn't include the respositories.config file. You'll need to add a second line as follows: !\packages\repositories.config You'd think this would be it, but you may
Read more

Developing for the Cloud - An Introduction 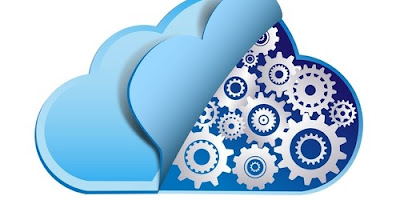 When you create a web application for the cloud, there are many things that need to be done differently. It's not just a case of saying "I'm doing cloud" and all you're really doing is putting it on someone else's VM. Doing this, the costs are much higher than if the application is designed with cloud in mind. This might be fine from an infrastructure point of view, but the cloud can have profound impacts on development from the ground up. Azure allows us, and also forces us, to engineer our applications completely differently. Forces? Well, this is because when you're hosting in an App Service plan, you're billed based on compute time and resource usage. This forces you to write more efficient code. You can't just write code that performs unnecessary operations and get away with it - the efficiency of code now directly translates to dollars. This demands that you think twice when writing code, espcially loops, to ensure you're being
Read more

How to Be an Organised Developer (and spend more time coding!)

June 23, 2015
As a developer your main focus is to write code. But over time, you'll find that there is a lot more to development than this. If you're not aware of this, you might one day wake up and realise that the notepad file you used for passwords and connection strings has gotten out of hand. Being more organised from the start can help keep you focussed on coding and help you stay more efficient. If you move jobs you'll pick up a lot of information in the first few weeks, you'll want to organise it well from the start. If you stay in the same job for years, the 'other stuff' you accumulate can get messy and cumbersome. Like good code, making an effort to organise yourself well from the start can pay dividends later on, when it comes to navigating and maintaining all your stuff. Here's a list of some of the "stuff" you'll find yourself accumulating as a developer, and how to keep it well organised. OneNote (or Equivalent) An essential tool
Read more

Why Bother With Unit Tests?

May 29, 2015
I still see a lot of scepticism on WHY we should do Unit Tests and if they're really worth it. Of course, they usually add time to the development cycle. They can be hard to create. Quite often, they seem pointless; Why do I need to check if my TwoTimesTwo() method returns 4? Of course it's going to! Well, the benefits of Unit Tests may not always be obvious. Often they're disconnected from the problems caused by not doing them. For example, a manager is not likely to blame a Production issue on the fact that you didn't do Unit tests. Most of the time, if you release some code that performs what it needs to, nobody cares about the quality. However, the people who will care, are those who want to maintain your code later, especially if it ends up being: You; or  A violent psychopath who knows where you live Unit Tests can also help to document code, showing you what it should and shouldn't be doing. They can help you understand it better. But main
Read more

How to Reduce Deployment Risk

March 20, 2015
Functionality Switches Feature flags controllable by configuration or an "admin tool", are an excellent way to deploy new features. When going live, you can turn on a feature only for your Production test user, and run some smoke tests, before turning the feature on for the wider world. Any issues found later can then easily be mitigated by "switching off" the broken features for live users, while at the same time, leaving them on for the test users so that some fault investigation can be done on Production. Providing there are no breaking regression changes, this will help to avoid rollbacks. Good logging Every significant action should be monitored and logged. Obviously this includes calls to external services, but you should also strive to implement logging based on items in the Acceptance criteria. Log results of actions so that you can see if they match expectations. This allows for granular diagnosis so you can see exactly what isn't working
Read more 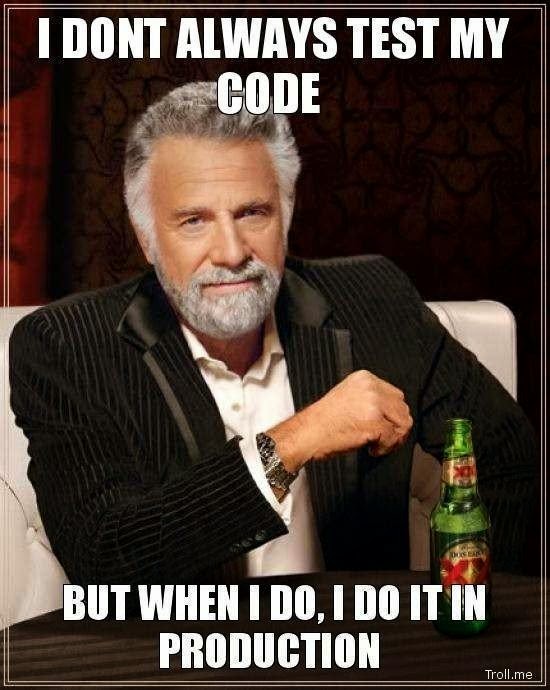 What exactly is DevOps? DevOps is the practice of operations and development engineers participating together in the entire service lifecycle, from design through the development process to production support. ( http://theagileadmin.com/what-is-devops/ ) Like Agile, it's a rather large topic, but the main point of it is that developers work much more closely with Operations to ensure a more resilient release cycle. It's also characterised by Operations using many of the same techniques as developers - for example: source control, automation, and of course the Agile methodology.  Adopted by all the big tech companies, DevOps allows for hyper-efficient deployments with much faster releases and far less production issues. In fact, the highest performers use DevOps to do 30x more deployments, 8000 times faster, 2x more successful, with 12x faster Mean Time To Repair than the worst performers (those who aren't using DevOps). As a result, Amazon deploy to Production e
Read more

Multitasking with My Work in Visual Studio

February 19, 2015
In Visual Studio 2012+ there is a button in the Team Explorer you may not use as often as you should. "My Work" contains 4 sections. In Progress Work This contains your current "context", what you're currently working on, your pending code changes. Suspended Work This is the most interesting feature, I think. It allows you to change the context which you are working in so you can switch tasks on request. Imagine you're deep into coding a feature and an urgent bug is raised that demands immediate attention. Your code might not even compile yet but you have to drop it and get a working setup. Simple. Just hit "Suspend" and your current changes will be suspended. But not just your changes. This doesn't just save the current state of the source code, it saves EVERYTHING, breakpoints, watches, open windows. When the bug fix is complete and checked in, simply drag your suspended work back into the "In Progress" section. T
Read more

The breakpoint will not currently be hit. No symbols have been loaded for this document

February 13, 2015
Here are some ways to fix the notorious "The breakpoint will not currently be hit. No symbols have been loaded for this document" issue in Visual Studio. Many of the steps may not apply to your situation, but I've tried to make this a comprehensive list that you can check whenever you get this issue. Get latest code from Source Control Compile. Run iisreset to reset IIS if you are using IIS. Attach to the appropriate IIS instance (or all of them). Add a breakpoint and run your application. If you miss step 3, your breakpoint will not be hit, even though your assemblies has compiled and breakpoint is shown as active. You may need to run iisreset in an administrator command prompt to ensure you have the right permissions. Some more ideas if the above doesn't work: Check where your dll is being referenced from and ensure that is the code you're trying to debug. Check you are in the correct mode when building: Debug/Release as they may put the dlls in
Read more
More posts